Beyond Binary: Five genders of the Bugis

In western culture we are familiar with the idea of being either male or female — two gender identities at opposite ends of a binary concept. But as we move towards embracing greater gender diversity in our own society, anthropology gives us glimpses into other cultures where gender can be fluid, diverse, and imbued with spiritual power.

Gender is a subjective aspect of identity. It is not strictly defined either by biological sex or by sexuality, but rather emerges from a complex interplay between a person’s sense of self, the social roles we perform, and our modes of self-expression.

In our society, the recognition of only two genders creates an expectation that individuals will identify as one or the other. People who don’t identify with their assigned gender may identify as trans — perhaps moving in the direction of transition from one gender to the opposite, occupying a space between the two, or embodying an alternative gender identity that may not be recognised or understood by others.

The Bugis of South Sulawesi embody a fascinating alternative to our binary gender framework. They recognise five genders, and each is considered essential to the maintenance of balance and harmony in Bugis society.

The Bugis are one of the four main ethnic groups of South Sulawesi, a narrow peninsular region of Sulawesi island that stretches south towards the island of Flores in the Indonesian archipelago. Today, the main religion here is Islam, but traditional spiritual and ritual practices still play an important role in many communities.

The first anthropologist to study the Bugis in any detail was Christian Pelras, an ethnographer who spent many years living and working in South Sulawesi. Pelras found that there were strong links between pre-Islamic Bugis belief systems and their concepts of gender.

But in addition, Bugis also recognise calalai’ — biological females who live and work more like men in society; and calabai’ — biological males who live like women, wear feminine clothes, and perform many of the functions that women traditionally perform. Typically, neither calalai’ nor calabai’ actually want to become the opposite gender. They are comfortable holding gender identities that are non-binary, and they are generally accepted as such in Bugis society.

In addition to these four genders, a fifth is also recognised. Bissu are a class of traditional priest — experts in pre-Islamic Bugis belief systems and rituals. They are regarded as embodiments of male, female, mortal and deity combined.

Sharyn Graham Davies, Associate Professor at Aukland University of Technology, New Zealand, has undertaken extensive ethnographic research into Bugis concepts of gender. During fifteen months of fieldwork, she learned that bissu embody elements of all genders within them, and thereby occupy a space outside or above any single gender identity. They are essentially beyond gender — ‘meta-gender’ or ‘gender-transcendent’ as they are sometimes described.

Some bissu are born intersex, possessing ambiguous genitalia. This is not always the case,  but irrespective of their biology most bissu have a gender-ambiguous or androgynous appearance. This blending of genders is believed to bestow special spiritual powers upon them, and they are highly regarded in Bugis society for having a unique ability to intercede with the spirit world.

As religious specialists, bissu orchestrate a range of important ceremonies. They heal the sick, officiate at weddings and bestow ritual blessings upon people in the community. Davies has observed bissu at work, and describes complex rituals in which reverence for Allah is blended with shamanic trance, chanting and possession by spirits or deities (dewata).

One of Davies’ research informants, a bissu she calls Mariani, succinctly encapsulates the importance of gender to the spiritual role that bissu perform:

“… you must understand, neither a man nor a woman is powerful (sakti) enough to be possessed (disurupi) by dewata, and if you can’t be possessed, then you’re not bissu. It’s the combination of woman and man, and human and dewata, that makes us bissu.” (Mariani, interviewed in Davies’ PhD thesis, 2004: 187)

Far from being an attribute to be ignored, tolerated or passively accepted, Mariani’s blended gender identity is a culturally potent state of being. It is essential to facilitate the important role that s/he performs in Bugis society, and it is therefore highly valued by many.

Along with oroané, makkunrai, calalai’ and calabai’, the contribution of bissu to gender diversity in South Sulawesi is neither challenging nor offensive. Indeed, it is considered critical for ensuring balance and harmony for all. 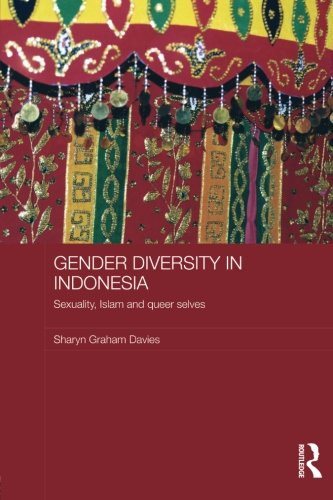 You can learn more about the Bugis of South Sulawesi and their concepts of gender in: