Henry (Harry) Moseley was one of the most promising young minds of the early 20th century. He was tragically killed in action during the First World War, leaving his family, friends and the entire scientific community devastated. Harry’s story is now being told in a special exhibition at the Museum of the History of Science in Oxford. 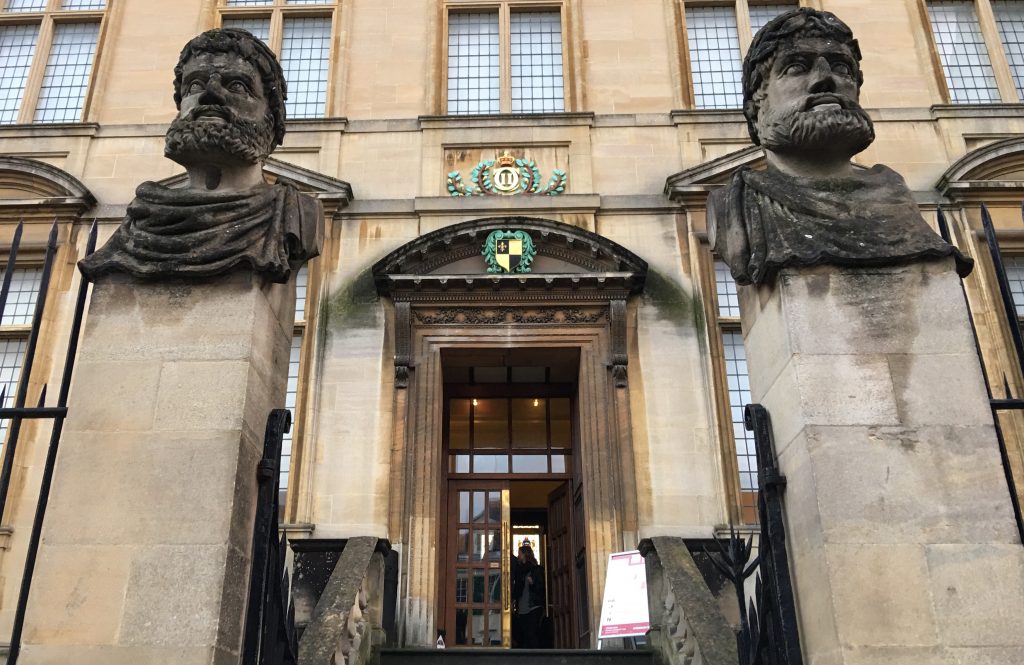 Entrance to the Museum of the History of Science, Oxford. (M. Anderson/Akkadium Media)

The grand and imposing Old Ashmolean was built on Oxford’s Broad Street in 1683. It is the oldest surviving purpose-built museum building in the world, and since 1924 it has been home to the Museum of the History of Science.

I visited the MHS this week as part of a special tour organised by the Oxfordshire branch of the British Computer Society (BCS). We were given an intimate introduction to the glittering array of early astronomical, navigational and communication tools on display. Treasures of the collection include the famous blackboard used by Albert Einstein during an Oxford lecture in 1913, and the first wireless radio equipment developed by Guglielmo Marconi at the end of the 19th century.

We were guided around the museum by Dr. Elizabeth Bruton, Co-curator and Researcher at the MHS, and a pivotal contributor to Dear Harry … the special centenary exhibition about the brilliant young Oxford scientist Henry Moseley, who was killed in the Battle of Gallipoli in 1915.

The exhibition paints a rich and evocative portrait of Moseley—known as “Harry” by his friends and family—including copies of personal letters, old photographs from his childhood, and various memorabilia from his schooldays at Eton and later at Trinity College, Oxford.

Perhaps most poignant of all are the writings of his mother, Amabel Moseley, who was a prominent scientist herself. Amabel was extremely close to her son, and they wrote letters to each other frequently. She also kept a diary throughout her son’s life, and extracts from these illuminating documents form an integral part of the exhibition.

A collection of books and photographs owned by Moseley. (M. Anderson/Akkadium Media)

In the years leading up to his departure to the front line, Moseley had made some major strides as a research physicist. His achievements included the development of a new foundation for the periodic table, the nuclear model of the atom, and the X-ray spectroscopy technique for identifying elements in a material. All of these discoveries have had a huge impact on the sciences.

Moseley’s discovery of X-ray spectroscopy in 1913 is still integral to materials analysis today, and forms the basis for current studies of soil composition on Mars. Indeed, many believe that, had he survived, Moseley would probably have been nominated for one of the 1916 Nobel Prizes for his work.

When the First World War broke out Moseley was desperate to join the war effort. Despite resistance from his friends, and even from the British Army, he eventually enlisted as a telecommunications officer with the Royal Engineers.

When asked if Moseley would have been conscripted into the army had he not volunteered, Dr. Bruton responded with a conviction that could only come from extensive and intimate research.

“Conscription hadn’t been introduced in 1915,” she said. “But I feel like I know Harry. The possibility of not going to war would not have even crossed his mind. For him, it was never in question. He was a patriot, it was simply something he felt he had to do.”

Moseley was shot in the head by a Turkish sniper at Gallipoli, and his death at the age of 27 sent shockwaves throughout the scientific community. The tragic loss of such a gifted physicist was lamented worldwide, and it prompted new government policies to be introduced after the war to prevent valuable scientists from going into combat.

But nowhere do we feel the loss of Harry so keenly as in the short sentence written on a tiny page of his mother’s diary, dated Tuesday 10th August 1915:

My Harry was killed in the Dardanalles Chunuk Bair.

Like hundreds of other young men lost at Gallipoli, from both sides of the conflict, Harry’s body was never recovered. 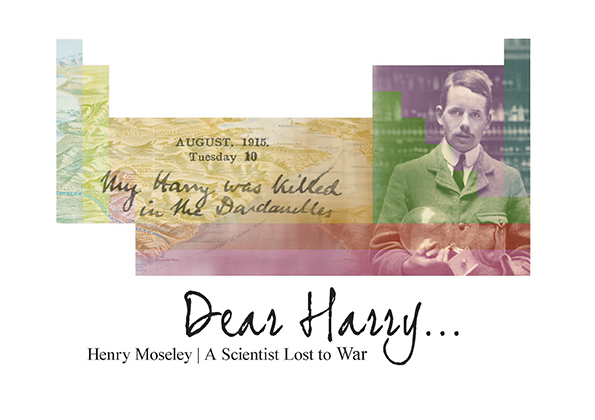 Dear Harry … Henry Moseley: A Scientist Lost to War is funded by the Heritage Lottery Fund.

The exhibition has been extended to 31 January 2016.

Admission is free, and donations to the Museum of the History of Science are invited.