Scientists at a university in Russia have boosted students’ academic results and professional skills with an experimental computerised teaching system, used as part of a project-based learning strategy.

The challenge of embedding employability skills within tertiary education is a concern for universities worldwide. Employers in the UK have observed in recent years that new university graduates are poorly equipped for the workplace.

The higher education sector continues to explore best practices for integrating professional competencies within the academic curriculum. Project-based learning, with its emphasis on developing subject knowledge and workplace skills through productive collaboration, is gaining favour as a promising pedagogical solution.

At the Ural State University of Economics (USUE) in Yekaterinburg, Russia, Professor Natalia Stozhko and her colleagues in the Department of Physics and Chemistry, adopted an interdisciplinary approach to project-based learning (IPBL). They describe IPBL as “a creative pedagogic approach allowing students of one area of specialisation to develop projects for students with different academic profiles.”

The project centred on the development of a specialised computer-assisted learning system (CALS) consisting of interactive digital teaching resources and a virtual chemistry lab. The CALS was developed by Computer Science undergraduates (“IT students”) to help learners on a Commodities Management programme (“expert students”) studying analytical chemistry.

The study, recently published in Research in Learning Technology, evaluated the impact of the IPBL approach on the learning success of the IT students. Learner achievement was measured in terms of the “cognitive levels” reached in each subject — an assessment concept derived from an adapted version of Bloom’s Taxonomy.

Ninety-six IT students were involved in the study, and they were divided into two groups. The 52 individuals in the control group were not involved with IPBL — they received traditional teaching of the core modules in computing. The experimental group consisted of 44 learners. They received the traditional teaching too, but they also participated in the IPBL project, liaising with chemistry teachers to create the CALS e-learning software.

The cognitive levels attained by both groups of IT students were measured on three occasions: before their studies began; during their final exams; and again six months after the project had finished.

The results showed that by the time the final evaluation was undertaken six months after the project, 34 percent of the control group had achieved “medium” or “high” cognitive levels in their core modules without IPBL.

By contrast, 79.5 percent of the IPBL students were hitting these advanced levels at the same point in time — an achievement 2.3 times higher than that of their traditionally-taught peers.

“IPBL promotes the development of a range of both intellectual and practical skills in graduates,” the researchers explain. “Our experiment has demonstrated a positive influence of IPBL on the learning effectiveness in IT students.”

The research also showed that the Computer Science students weren’t the only learners who benefited from the project. The “expert students” studying Commodities Management, who used the CALS in their analytical chemistry module, also achieved significantly higher cognitive levels in the subject than those who did not. Ninety percent of them achieved either basic, middle or high cognitive levels, leaving only 10 percent hovering at the “lower” level.

This compared favourably to their control group without the CALS — only 65 percent achieved basic-to-high levels, while 35 percent were still at the lower level six months after completing the analytical chemistry module.

The success of the CALS project has convinced Stozhko of the value of opening up the research silos that have traditionally characterised academia, a problematic phenomenon she calls “disciplinary egocentrism”.

“There is a Russian saying,” she reflects, “which is similar in many other languages — ‘Одна голова хорошо, а две – лучше’ (two heads are better than one). When you have a group of people around you, it will help you solve a problem much more easily.”

In solving this particular problem, Stozhko’s team of interdisciplinary collaborators made a tangible contribution to education. The CALS was patented by Russia’s Federal Service for Intellectual Property, and it continues to be used for science teaching and learning at the university.

Witnessing their innovation being put to good use in real-world contexts, students got a powerful boost in professional confidence. They also gained some valuable and relevant experience to draw upon in those all-important first job interviews — a reward that conventional instruction methods alone are less likely to bestow. 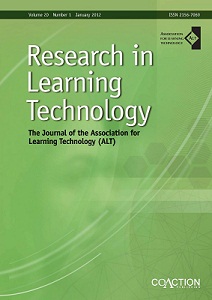 With thanks to Natalia Stozhko, Boris Bortnik and Irina Pervukhina for our enriching conversations about IPBL and the CALS project.Also special thanks to Borislav Toshev for supplying material from Chemistry: Bulgarian Journal of Science Education.