Satellite telemetry data revealed that whales deviated from their southward migratory paths to reach seamounts, and they stayed in these locations for days at a time.

In a study reported in Royal Society Open Science, marine ecologists say that seamounts and other features on the seabed may offer critical opportunities for migrating whales to breed and feed, and that these locations should be prioritised in ecological management strategies.

Humpback whales (Megaptera novaeangliae) have a wide distribution. Although they can be found in most of the world’s oceans today, populations were threatened by international whaling practices until they became a protected species in the mid-20th century. While overall numbers have recovered, populations in some parts of the world – like those in New Caledonia – are still endangered.

As they tend to live in coastal areas, most behavioural studies on humpback whales have focused on populations close to shorelines. But as a migratory species, they undertake long journeys every year to winter breeding grounds, and they spend a lot of their annual lifecycle out in the deep ocean.

Dr. Claire Garrigue from the Institute de Recherché pour le Développement (IRD) and her collaborators wanted to find out what the whales got up to when they were away from the coast on their migratory routes.

Over four seasons between 2007 and 2012, they tagged 47 whales with satellite-monitored radio transmitters that could track their movements. Some of these whales stayed in their local waters around New Caledonia all year round, but 21 individuals were successfully tracked over various stretches of their southward migration.

The satellite data revealed some surprising patterns. “Whales interrupted their migratory behaviour near oceanic features such as seamounts,” the researchers explain, “which probably provide a suitable environment for breeding, migrating and perhaps feeding humpback whales from New Caledonia.”

The next challenge will be to see if humpback whales in other parts of the world are using seamounts as important offshore habitats in similar ways.

If further research shows this to be the case, “their apparent importance at key stages of this species’ life cycle has significant ecological and management implications, and needs to be taken into account in the design of offshore Marine Protected Areas and other protective measures.” 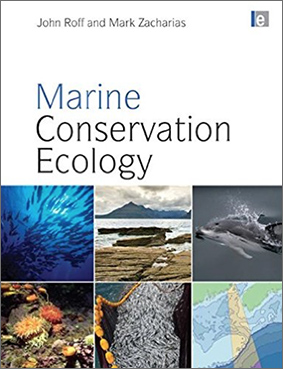